Archive for the category “Sports”

5 Ways You’re Drinking Water Wrong | Eat This Not That

Scientists have debunked some long-standing myths about drinking water. Plus, guidelines for how much water you need every day.

Source: 5 Ways You’re Drinking Water Wrong | Eat This Not That

Arsenal to play in Nigeria August 5

Arsenal fans and English Premiership League (EPL) followers in Nigeria will have the opportunity of watching the team play in Nigeria come August.

Nigeria has been chosen along side Malaysia, China and Hong Kong to host Arsenal’s 2012 pre-season oversea tour in partnership with Emirates.

Tom Fox said Arsenal Football Club is delighted to announce that its pre-season summer tour is to be presented by Emirates.

“Emirates, who have been an Official Club Partner to Arsenal since 2004 are to be the title partner of the Gunners’ summer overseas tour comprising visits to Malaysia, China and Hong Kong in July, and Nigeria in early August – collectively to be referred to as: ‘Arsenal 2012 Tour, Presented by Emirates”

He added “the announcement of this new partnership further strengthens the relationship between Arsenal and Emirates, which already includes the naming rights of the Club’s stadium since its opening and the Emirates brand appearing on the Club’s playing shirts.”

When asked by this reporter of the Nigerian club  Arsene Wenger’s side will be playing at the National Stadium, Abuja, on Sunday, August 5 was not mentioned, Fox said they were still working on that, but Arsene Wenger jokingly said “might be Kanu and the rest of the world.”

During the tour Arsenal will play against a Malaysia XI side in the Bukit Jalil Stadium on Tuesday 24, July, and then the Gunners will travel to China to play against Manchester City in the Bird’s Nest Stadium in Beijing on Friday, July 27, before visiting Hong Kong for a match against national champions Kitchee FC on Sunday, July 29.

Arsenal‘s Chief Commercial Officer Tom Fox said: “Arsenal Football Club is delighted to be expanding our long-term partnership with Emirates through our 2012 Tour. We are fortunate to have such a strong global partner who is as committed to these key markets as we are.

“We are all excited to be visiting Malaysia, China including Hong Kong, and Nigeria, countries with many loyal Arsenal fans, who will now have the opportunity to see their team play live in the summer.”

Boutros Boutros, Emirates’ Divisional Senior Vice President Corporate Communications said: “Emirates and Arsenal started our journey together back in 2004, when we signed what was then the biggest club partnership in English football history.

“When we began our partnership, we were committed to working closely with Arsenal to extend its ever-growing fan base, and to develop exciting opportunities for the team and the airline around the world. Our aim has always been to bring Arsenal closer to its millions of loyal fans across the six continents that we fly to every day, and therefore we are delighted to be the Presenting Partner of the Arsenal 2012 Tour.”

The Club last visited Africa during a tour to South Africa in July 1993, and is returning as a result of the fantastic support which exists for the team, not only in Nigeria, but across the entire continent. 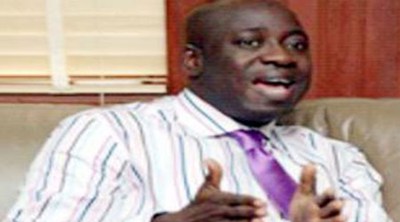