The Fate of Azazi By Aliyu U. Tilde

The fate of Azazi is on the balance. The ruling PDP is turning the heat on the president to do something with the NSA

The indictment of the ruling party in Nigeria (PDP) by the National Security Adviser (NSA), General Andrew O. Azazi, was the misfortune President Jonathan least expected when he woke up from his bed last Friday, 27 April 2012.

Again, if the President would look at the strategic role of NSA Azazi in the Niger Delta Republic project or his importance to Jonathan 2015 presidency, he will be more inclined to pardon the NSA than to “Ring” him. This option has a good probability.

If, however, he has the mental capacity to understand that the statement is the gross contempt for the President and the ruling party ever uttered by a beneficiary of PDP, then his nerves, if he has any, are likely to persuade him to bid his old comrade farewell. In that case, the Boko Haram missile that hit Ringim would have returned to hit Azazi. The security chief would have nobody to blame but his tongue, which betrayed him under the intense heat of Boko Haram. This one has a weak likelihood.

So, the chances, in my assessment, are strong two against a weak one. Whichever choice the president takes, Nigeria will remain the same – corrupt and insecure. 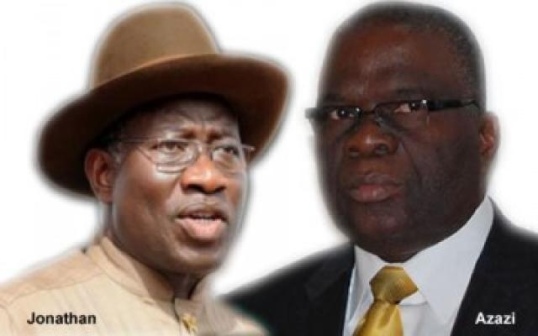 One thought on “The Fate of Azazi By Aliyu U. Tilde”